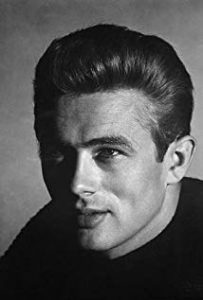 “Meet in the Middle”

We are back up to 25 capacity for the 4 PM Grains & Grill Group Dinner, but we can still take more (see below).  Email me if you still want to go or just show up at the Start at 1 PM.  If you are forced to cancel, please email me below, so I can allow others to register.  Our website automatically cutoff registrations at 29 due to 4 previous cancellations, however, any overflow can easily be accommodated in Grains & Grill’s Main Dining Room on a “space available basis,” but you will not be sitting with our main group.  They open at 4 PM, so it should be no problem getting a table.  Auto Tour has unlimited capacity.  Email me if you are not able to register and still want to go.  bsniderjr1977@comcast.net

Another “Meet in the Middle” event located exactly halfway between Indianapolis and Fort Wayne.  Fairmount, Indiana is located just five miles west of I-69 Exit 255 on Ind. 26 West.  James Dean was born in Marion, Indiana on Feb. 8, 1931, but lived most of his early years in Fairmount with his Aunt, Uncle and cousin on the Winslow family farm just north of town, graduated from high school there and the old Fairmount High School is where he first tested his dramatic acting chops in drama class before embarking on an impressive acting and movie career in New York City and Hollywood, California.  He made three highly acclaimed movies in 1955 during his short movie career:  “East of Eden”, “Rebel Without a Cause” and “Giant” before his life was cut short in a tragic automobile accident near Cholame, California in his silver 1955 Porsche 550 Spyder “Little Bastard” on his way to Willow Springs Raceway on September 30, 1955.  He previously owned a white 1955 Porsche Super Speedster and several motorcycles and had quickly become a very talented racer, wining his class several times.  He even dreamed of racing in the Indianapolis 500 one day!

Still the only actor to be posthumously nominated for two Best Actor Oscars for his movie roles in “East of Eden” and “Giant”.  Dean attended the famous Lee Strasberg Actors Studio in New York City and was friends with contemporaries there of Marilyn Monroe, Carroll Baker, Martin Landau, Marlon Brando and Paul Newman before venturing out to Hollywood to make movies.  He dated famous movie stars such as Pier Angeli and Ursula Andress and was best friends with Natalie Wood and Elizabeth Taylor.  Dean became very interested in photography and movie making and several of his contemporaries said he would have become a great film director later in his career.  Many of his contemporaries said he was the best actor they had ever worked with, including Dennis Hopper.  He would have been 88 years old today, if he were still alive.

The circumstances of his tragic death and promising life cut short in his prime have created a cult following from fans from all over the world, especially in Japan and Germany.

We will start our James Dean Historical Tour at the Fairmount Historical Museum located at 203 E. Washington St. at 1 PM on Saturday, August 17.  The museum is free and contains a very comprehensive exhibit on Dean, including a couple of his restored early motorcycles, clothes, movie memorabilia, posters, photos, etc.  They also have another nice exhibit of Fairmount’s other famous son, Jim Davis, creator of the Garfield comic strip with many important artifacts of his life and art.  Davis, like Dean, grew up on a farm outside Fairmount and also graduated from Fairmount High School.  Souvenirs may be purchased of both and museum donations are accepted.  There is also the free James Dean Gallery at 425 N. Main St., which we will also visit.  There they show a 20 minute video of Dean’s early black & white TV commercials, TV and Broadway dramas and the color trailers from his three motion pictures.  You will recognize many famous actors in their early roles acting alongside Dean.

After the museums, we will caravan north out of town to a drive-by of the Winslow family farm where Dean grew up and is still owned by his younger cousin Marcus Winslow that he grew up with.  We end our historical tour at his gravesite in Park Cemetery, on the way back to town. 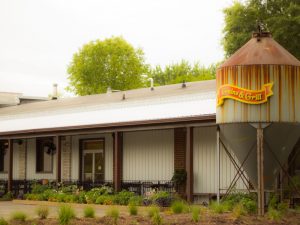 “Comfort Food with an Upscale Twist”

Check out their impressive menu at:  http://www.grainsandgrill.com

After the tour, we have arranged a very unique farm-to-table dinner at the now famous Grains & Grill restaurant in their private banquet room at 4 PM.  Famous for Indiana breaded tenderloins, burgers, steaks, seafood, mushrooms and salads along with various other local and eclectic comfort fare.  They also have a Bad Dad Brewery, make several interesting and tasty brews and have recently added an Italian brick oven pizzeria in the rear (separate seating).  Due to the extreme popularity of this only five-year-old restaurant on Saturday evenings, they can only take a group such as ours right when they open at 4 PM.  So, we should all be done by 5:30 or 6 PM.  Separate checks arranged.

Please email me below if you want to go.  Grains & Grill Group Dinner is limited to the first 25 that register, due to kitchen capacity.  So, register early as this is going to be a popular one!  Auto Tour has unlimited capacity and the Main Dining Room at Grains & Grill is open at 4PM on a “space available basis”.  They do offer “Call Ahead Seating” on Saturday’s:  765-380-0137.

Porsches, convertibles, blue jeans, white t-shirts and red jackets welcome!  Come dressed like it is the 50’s all over again! 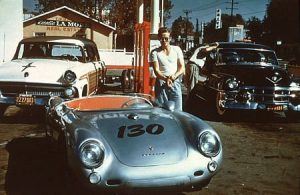 James Dean’s 1955 Porsche 550 Spyder “Little Bastard” on the way to Willow Springs Raceway near Salinas, California on the day he died.