JOIN US AT OUR 911 LAUNCH EVENT

Join us for an exclusive launch event as we introduce a dream once again made reality. The new Porsche 911. 443 horsepower fueling a zero to 60 time of 3.5 seconds. A cockpit that’s technologically advanced yet retains its classic design. A silhouette as iconic as the original. The dream has never been sweeter.

To celebrate the unveiling of the all new 911, we will be having DJ music and drinks and hors d’oeuvres from Club Soda.

Along with music and refreshments, we will be having a guest speaker, Lori Schutz, speak at our event. 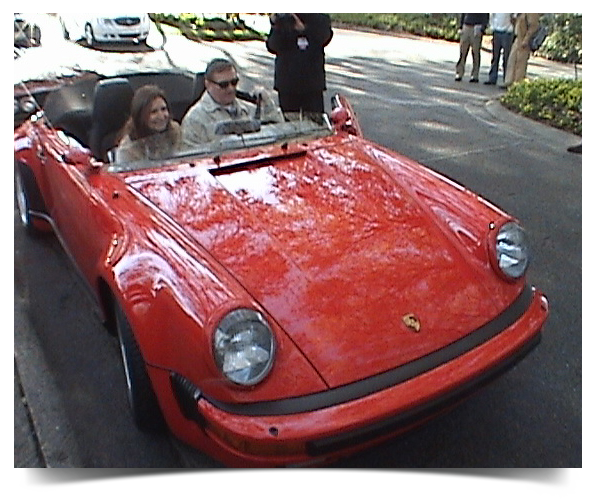 Lori is Zone 4 Representative of the Porsche Club of America and a popular speaker at club events.  She is the daughter of Peter Schutz, who was the CEO of Porsche AG from 1981 to 1987. Peter was instrumental in turning around Porsche AG during early 1980s and is credited with saving the 911. Lori will share with us the success stories of her late father at Porsche AG and will bring copies of Peter’s book, “The Driving Force”.

We are also bringing back by popular demand,
Theoplis Smith for a live canvas painting during the event. 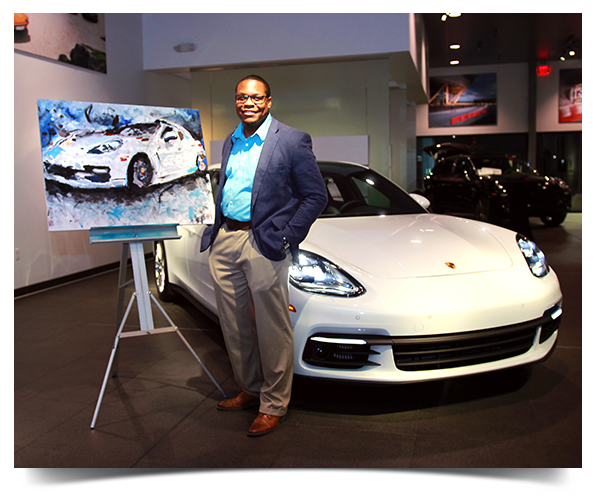 Theoplis will transform the eighth generation timeless 911 into a live canvas painting. Theoplis Smith III, who is also known as “Phresh Laundry,” is a primarily self-taught artist whose work comes from an innate need and desire to create. Smith’s practice is incredibly unique both for its skill and its unlikely beginnings. For more information on Theo or his artwork go to www.phreshlaundry.com.

Register Now by clicking on this link!